How a phone call on a Friday Afternoon puts food insecurity and social isolation, into perspective!

You are here:
All NewsUnity Social Kitchen 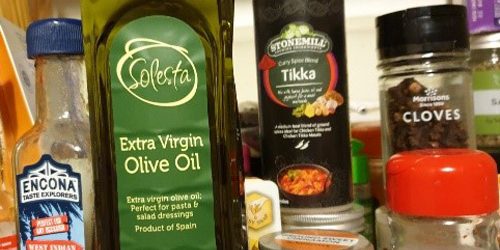 I took a call on Friday from a man who asked if we could get him a food parcel as he was hungry.  He and no money and had just been allocated temporary homeless accommodation in an unfamiliar area. I advised him of the local foodbanks in the area, however none of them were open until Monday!  Opening times can be limited, usually 2 hours, once a week with some opening a couple of times a week.  Other potential solutions I advised was contacting the housing support agency who he would be allocated to, presenting at his local housing office as they may have the potential to help or going to the City Mission for a meal. However, this would have been a minimum of a two hour walk.

Not only does the phone call raise various social issues and concerns which include barriers to accessing food, access to benefits and homelessness (in Glasgow there are 2,899 homeless units), it also highlights two areas of concern the Social Kitchen wants to address, Food Poverty and Social Isolation.

According to Government stats, an average earner spends about 10% of their weekly income on food/non alcoholic drinks. However, the lowest 20% of earners spending 14-16%. That’s £1.67 per day if you were on Job Seekers Allowance. If in receipt of ESA, basic pension or other premiums, spend could have the potential to increase but remember other factors such as fuel poverty and transport costs need to be considered. Low income workers also have the same issues. 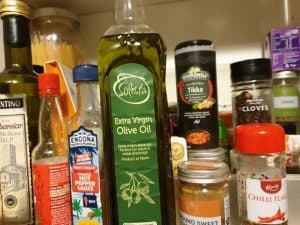 Open your cupboards and imagine there is absolutely nothing in them. How would you spend £1.67?

This is my cupboard – basics include oils, herbs, spices, flour, sugar, cereal, rice, pasta, pulses, tins including tomatoes, tuna. The Fridge usually has milk, butter, cheese, garlic, chilli, eggs and a selection of condiments such as mayo, chutney, mustard etc. I’m a Tea and Coffee drinker, so I’m including these as a basic along with some kind if diluting juice.

I’m lucky, I can cook and would be able to rustle up not only a very tasty and nutritious meal for myself but for several people and with variety.

The Challenge for You

To help raise awareness of food insecurity and isolation all you need to do is live off a whopping £2.50 a day for 5 days. After deductions on a full-time minimum wage annually, your 10% would equate to about £2.50 a day.

The challenge will take place week commencing Monday 27th January. The date has been selected as It’s the last week before pay day for many of us, money may be even more limited than usual, new year’s resolutions have already been broken and probably the most likely time of the month you rely on your cupboard essentials to bulk out or add variety to your meals.

However, you are starting from scratch. You have absolutely nothing, you can’t use any existing food items, herbs, oils, salt, coffee etc. You can’t rely on anyone else for food. Nothing.

If like me, you enjoy a takeaway coffee on the way to work everyday, that’s pretty much your full budget for the week! Originally, I was thinking that’s ok, as I have a coffee flask BUT a decent jar of coffee is at least £2.50 which is 20% of my budget gone already not including milk or sugar.

This is not an easy challenge, but it is the reality for too many. Join the Unity Social Kitchen Team on the 27th for 5 days to raise awareness. Let others know what your doing, ask them to join you, and raise some funds for the Social Kitchen. You will be able to donate via our Facebook or Virgin Money Giving page.

Why not donate the difference between your £2.50 and your usual daily budget.

You can also request a sponsor form directly by contacting me at kirsteen.main@unity-enterprise.com or downloading here from this link.

During and after the challenge we would love to hear about what went well, not so well and if the challenge will change any of your food habits or attitudes. Details will follow about this and tips on how to shop smart with the £12.50 budget.

Thank you and we look forward to you joining us.

Carers Can Now Apply For The ScotSpirit Holiday Fund
November 1, 2021